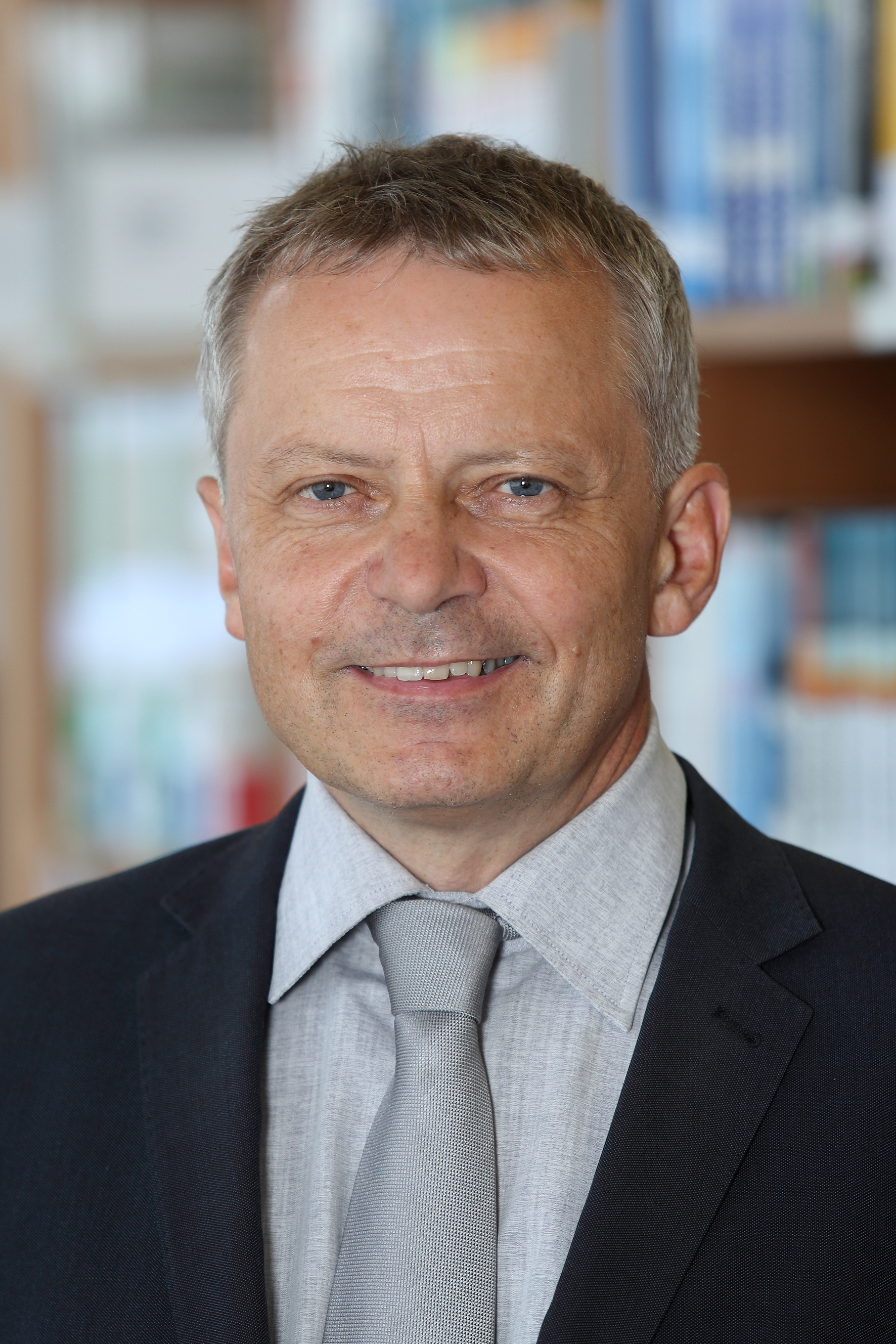 Associate Professor Dr. Miroslav Holeček graduated from the Faculty of Mathematics and Physics of Charles University in Prague. He obtained his doctorate from the University of West Bohemia in Pilsen in the field of mechanics and he was appointed Associate professor in the same field. He started as a researcher at the Skoda Pilsen Research Institute, and in 1996 he moved to the University of West Bohemia in Pilsen, where he teaches subjects focused on physics and mechanics. Since 2007, he has been the Director of the New Technology Research Center. Since 2015 he has been the rector of the UWB. 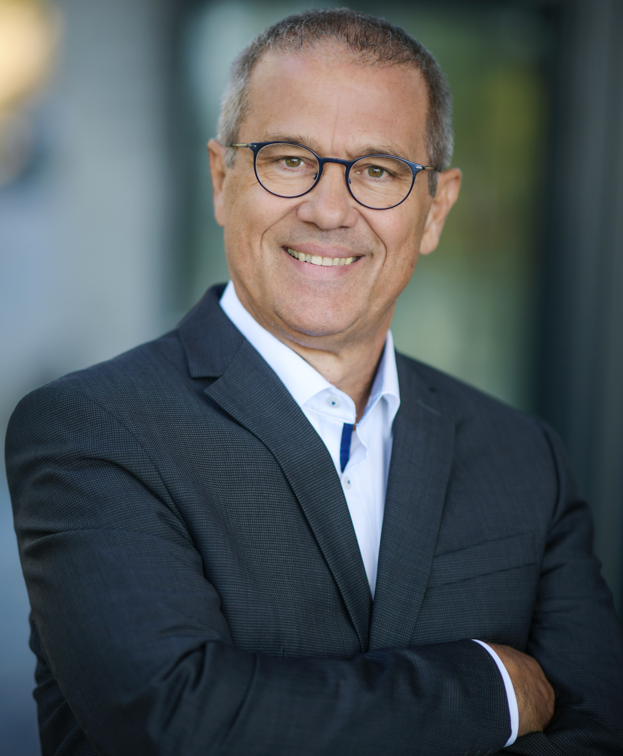 Wolfgang Weissler started working for Siemens in 1986, right after graduating from University Erlangen as Electrical Engineer in Drives Technology. Since that time, he worked in different managerial roles across the world – as a CRM Director in the USA, General Manager Electrical Drives in Australia, Head of Business Development Large Drives in Germany and Head of Division Drive Technologies in India.

Since October 2014 his responsibility is leading Siemens divisions Digital Factory & Process Industries and Drives in the Czech Republic. He has a professional interest in digitization and Industry 4.0 and made several presentations and key note speeches on conferences. 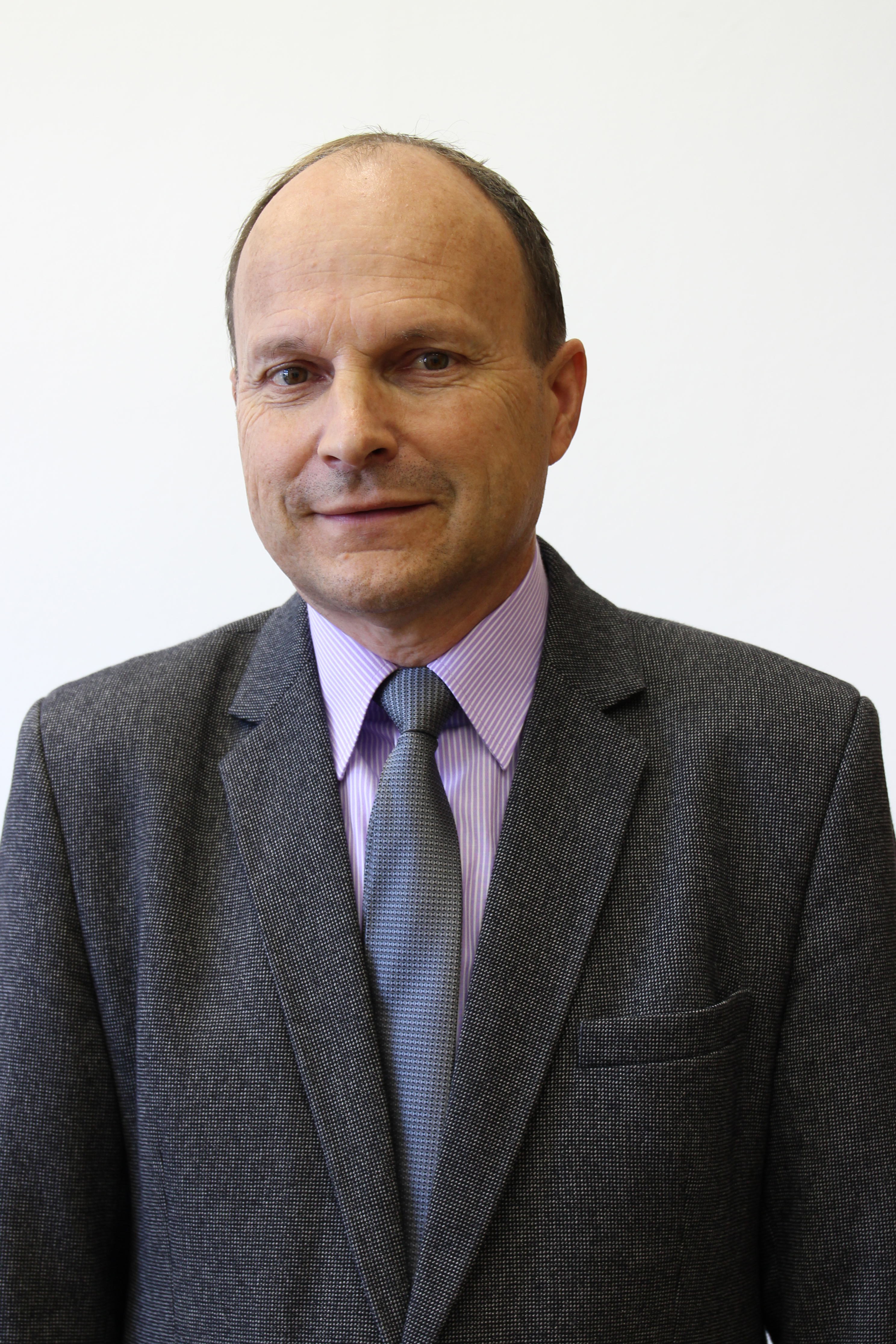 Topic: “Evaluating Company Readiness in the Context of Industry 4.0″

Prof. Josef Basl works at the Department of industrial engineering and management at the Faculty of mechanical engineering at University of West Bohemia in Pilsen. His research area is focusing on enterprise information systems, business process optimisation and industry 4.0 readiness. He is the president of the Czech Society for Systems Integration. He is author many publication in international journals and books. He has completed several foreign internships in Poland, Germany, the UK and the USA. He is a member of several scientific councils, doctoral degree programs, a member of the program committees of several major conferences.

Abstract: The contribution deals with the analysis of available readiness indexes and maturity models for Industry 4.0. The main goal is to determine the extent to which these models and indexes are able to show a company’s readiness, primarily within the countries of Europe. 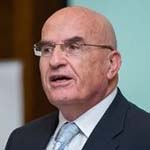 “Industrial Engineering and the Fourth Industrial Revolution: Education and Skills”

Dr. Zain E A M Tahboub has been the Chief Strategist and Advisor since 2018 for Dubai Aviation City Corporation, in addition to his work for Dubai Aviation Engineering Projects for the last years as Chief Advisor. He has been managing different functions including Research, Knowledge Management, Future Foresight, Innovation, Excellence, Strategy and others.

Dr. Tahboub was known for his work with academia, industry and business. He led corporate development program for major organizations, establishment of new entities, putting forward and contributing to national strategies in the fields of aviation, competitiveness, investment, logistics and most of all Dubai Plan 2021. He has established the DAEP Innovation team and more recently advises the new team on Future of Things (Aviation). 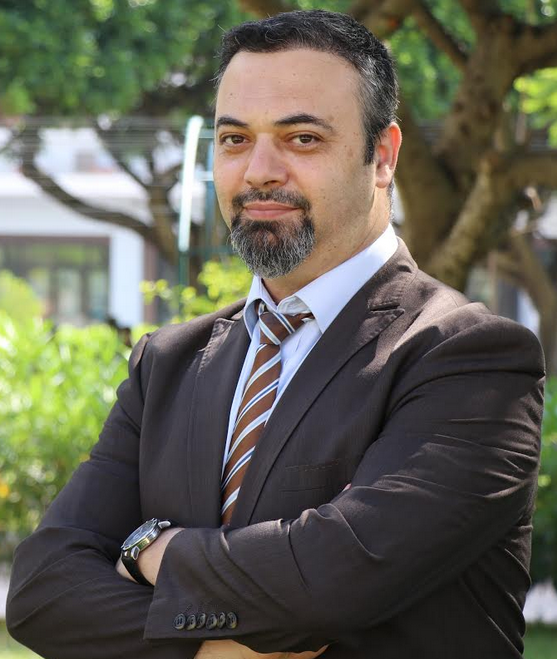 Dr. Seifedine Kadry received in 2007 the Ph.D. degree in Computational and Applied Mathematics from the Université Blaise Pascal (Clermont-II) – Clermont-Ferrand in France, and completed in 2013 the Higher Doctorate in research from INSA university, France. Currently, he is a Professor with Beirut Arab University, Lebanon. His research focuses are system prognostics, stochastic systems, and probability and reliability analysis. In addition, he serves as Editor-in-Chief of the Research Journal of Mathematics and Statistics and the ARPN Journal of Systems and Software, as well as an IET Fellow and IEEE Senior Member. He has published many books and more than 90 papers on applied math, reliability analysis, and stochastic systems in peer-reviewed journals and conference proceedings. He is an ABET program evaluator. 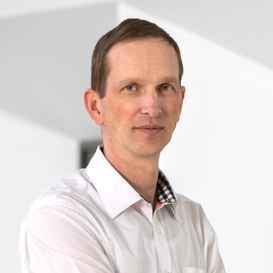 “Thermal Management Challenges for Next Generation of Electric Vehicles”

Chairman of the Board
Aimtec
Pilsen, Czech Republic 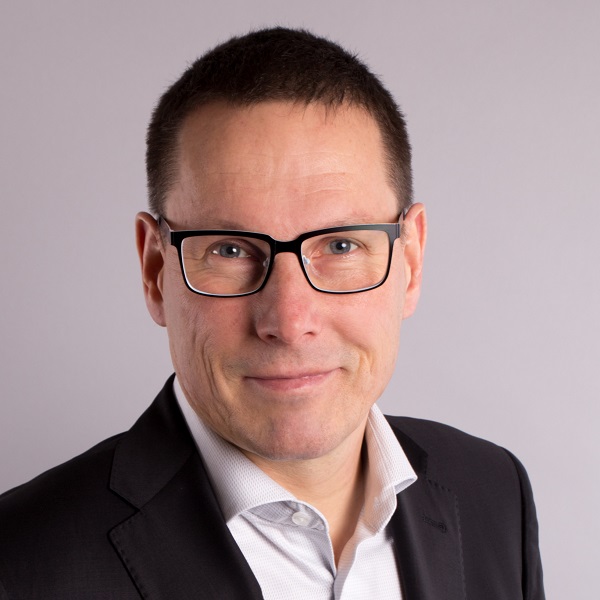 Roman Žák graduated from the University of West Bohemia with specialization in Technical Cybernetics. After his studies, he joined a small Pilsen company as a developer and later worked for Deloitte, where he met Jaroslav Follprecht. In 1996, they founded Aimtec specializing in consulting and software solutions for manufacturing and logistics companies. As Chairman of the Board, he is the bearer of the company’s vision and strategy. 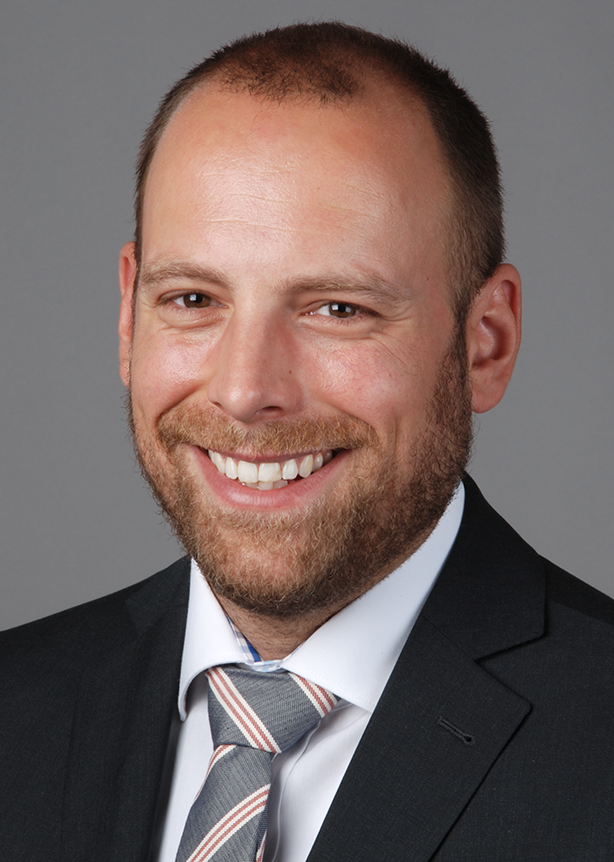 Dr.-Ing. Sascha Gierlings, born in 1981, studied mechanical engineering with a focus in production technology at RWTH Aachen University. He did his Diploma-degree within a project working in Shanghai/ China between 2006 and 2007.

From 2008 to 2015 he was research associate at the Laboratory for Machine Tools and Production Engineering (WZL) in the department for process and product monitoring. His research focus was in the field of process monitoring for safety-critical aero engine components. In 2015 he published his dissertation “Model-based Temperature Monitoring for Broaching Safety-Critical Aero Engine Components”.

Since August 2015 he is working for the Fraunhofer-Institute for Production Technology (IPT) where he is leading the department for prototype manufacture and he is responsible for the business development turbomachinery. Since the beginning of 2019 he is responsible for the entire Business Division Turbomachinery at the Laboratory for Machine Tools and Production Engineering (WZL) and Fraunhofer-Institute for Production Technology (IPT) in Aachen.

Besides the development of advanced manufacturing technology solutions Dr. Gierlings together with his team are strongly focusing on digitalization strategies as an enabler for next generation aero engine components. A further field of work focuses on the interdisciplinary exchange with the component designers and disciplines such as aero dynamics and structure mechanics with the aim to discuss and iterate future components that have the highest possible performance in terms of producibility, functionality and efficiency in operation. 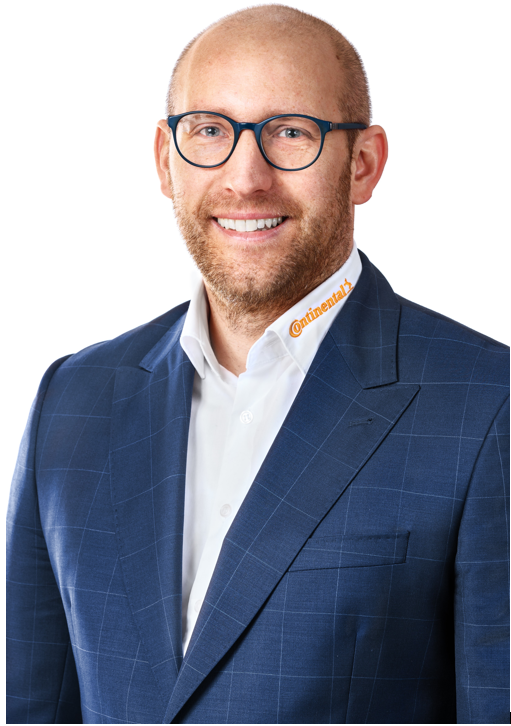 Being a graduate of University of West Bohemia in Pilsen, Tomáš Vondrák started his career in Continental Automotive Brandýs nad Labem in 2006. After three successful years as Business Development Project Manager he accepted a management position for New Product Launch team in one of Brandýs‘ Focus Factories. His further career steps led first to Business Unit Infotainment & Connectivity (BU IC) headquarters in Germany where he assumed responsibility for Supplier Quality Management on Business Unit level, and after that to one of Continental’s manufacturing plants in Mexico. He completed a full circle and returned to Brandýs in 2017 as Head of Focus Factory for BU IC. In March 2019 he became Plant Manager for Continental Automotive in Brandýs nad Labem, one of the biggest Automotive plants within Continental worldwide.

As a manufacturing plant with everyday operational challenges, Continental Automotive Brandýs nad Labem is taking advantage of Industry 4.0 technologies in many areas. Automation, digitalization, cobotization, predictive maintenance, paperless work environment – these are just a few examples of what Tomáš and his team are currently working on. In his key note, Tomáš will focus on the topic of operational excellence to give you an insight in Continental Automotive’s approach.

Luděk Janík has been focusing his whole professional career on the Innovation and Development. He graduated at the Technical University in Ostrava as a Chemical Engineer, studying the Polymer Electrolyte Fuel Cells and continued with Ph.D. in the area of Inorganic Technology at the Chemical Institute in Prague.

Starting his career in the chemical laboratory, producing advanced radio pharmaceutics, he realized that his passion is in the combination of electrochemistry and transportation. He utilized his passion at the Nuclear Research Institute REZ (UJV Rez), where he was responsible for the Hydrogen Technologies. The most visible outcome from that timeframe was the development – and later test operation – of hydrogen triple hybrid bus (TriHyBus) and hydrogen filling station. During that time, he also led the Czech Hydrogen Technology Platform.

Later, he became responsible for the development of the new Electro Deionization Module (EDI) at the MemBrain (MEGA) company.

In the last 7 years, he has been working at the Eaton Corporation at the Eaton European Innovation Center in Prague. Starting in the Vehicle group, developing new technologies within the Engine Air Management team, he then became responsible for the whole site as an EEIC Director. 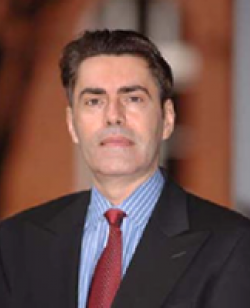 In 2008, Professor Guerrero-Cusumano was awarded an Honorary Doctorate, Doctor Honoris Causa in Administration by Ovidius University (Romania). Also in 2008, he was elected Fellow at the Judge Business School, Cambridge University, England. In 2017, he was recognized by the International Institute for Applied Knowledge Management with the Fellow & Distinguished Scholar Award. Among his research areas are Big and Small Data, Data Mining, Text Mining, International Business, Social Responsibility, Business Forecasting, Six Sigma and Quality Improvement.

Professor Guerrero-Cusumano was also the Vice-president of the Latin American Foundation for Quality and he is also a founding member of The Multinational Alliance for the Advancement of Organizational Excellence (MAAOE). In February 2004, he was the technical chairperson for the 3rd Latin American Quality Conference held in Managua, Nicaragua. He was also a member of the International think Tank on Quality and Social Responsibility for the American Society for Quality.

He won the Belgian-American foundation research grant 1995, and spent Spring 1995 as a visiting professor at Institut d’Administration et de Gestion (IAG), Université Catholique de Louvain, Louvain-La-Neuve (Belgium) and at Vesalius College (Vrije Universiteit), Brussels. In the fall 1997, Professor Guerrero-Cusumano spent his sabbatical year at Ghent University (The Vlerick School of Business), Ghent, Belgium as an invited professor, where he researched European Quality Certifications for Academic Institutions. In spring 2006, he was invited by Escuela Superior de Administración y Dirección de Empresas (ESADE) in Barcelona, where he spent part of his sabbatical.

He has been an external judge for several Ph.D. thesis defenses for prestigious international universities as well as a reviewer for many publications such as Management Science, the Journal of Multivariate Analysis, Information Sciences, etc. Professor Guerrero-Cusumano has been a plenary speaker in many conferences around the world and has appeared repeatedly in the media, such as America’s Voice, French TV5, National Public Radio, the international Spanish channel Univision, the Voice of America and CNN international and Jim Lehrer’s News Hour. He speaks seven languages fluently (Dutch, English, French, German, Italian, Portuguese, and Spanish).