Prof. Kadarsah Suryadi received his Bachelor Engineering degree majoring in Industrial Engineering from Institut Teknologi Bandung (ITB) in 1986. He took Diplome D’etudes Approfondies (DEA), Master Program on Technology Innovation Management – Industrial Engineering Department-Ecole Centrale Paris, France in 1988. He then continued his study in France until got Doctoral degree from Universite d’Aix Marsaille-3, in 1992.  Kadarsah began his carrier as higher official of ITB in 2010 when he took the position of Director of Education Affairs, Department of Industrial Engineering in 2010. Soon after leaving position as head of department, he was appointed as Director of Education in 2011 and then further appointed as Vice Rector for Academic and Student Affair, ITB.  Kadarsah Suryadi won the election of rector of ITB at the end of 2014, and then inaugurated as rector since January 2015. As an academic and scientific leader, Kadarsah Suryadi is a full professor at the Faculty of Industrial Technology. He supervised many PhD students and published many papers in journal as well as in international conferences. His research interest is in the Decision Support System. In addition, ITB won the “Most Admired Knowledge Enterprise” (MAKE) award when he was the team leader for the manuscript preparation of such award in 2007 and 2008. 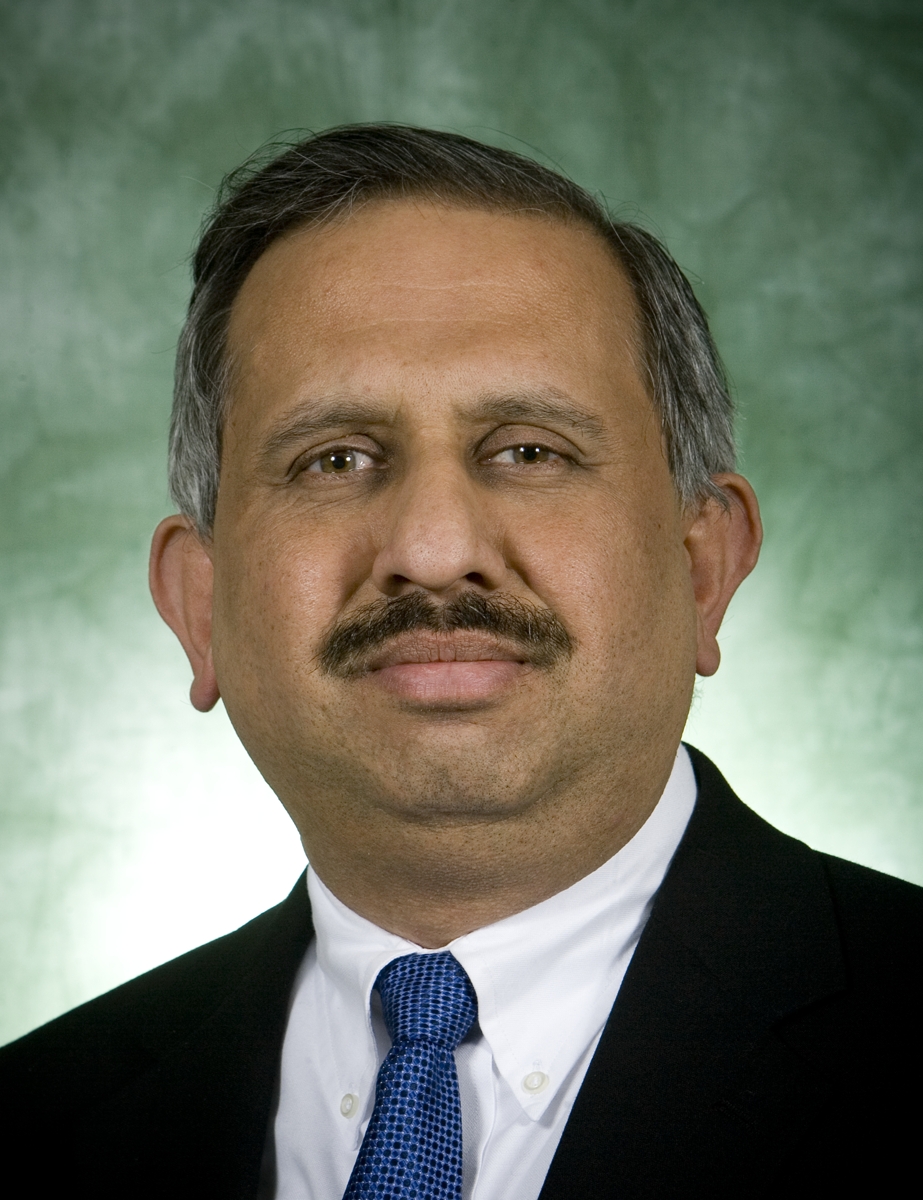 SUNY Distinguished Professor Hari Srihari was appointed Dean of the Thomas J. Watson School of Engineering and Applied Science at Binghamton University in June 2009. He joined the faculty of the Watson School in 1988. Prior to his appointment as Dean, Dr. Srihari served the chair of the Department of Systems Science and Industrial Engineering (SSIE). He has played a key role in the creation of university-industry partnerships as Director of the Watson Institute of Systems Excellence (WISE). Recently, Dr. Srihari was appointed as Executive Vice Provost for International Initiatives and the Chief Global Affairs Officer for Binghamton University. He is also a fellow of the Institute of Industrial and Systems Engineering.

Dr. Srihari earned his bachelor’s degree with honors in production engineering from the University of Madras, India and his master’s and doctorate in industrial engineering and operations research from Virginia Polytechnic Institute and State University (Virginia Tech). He has directed and graduated over 170 MS graduate students and over 40 students at the PhD level. His research team includes over 80 graduate students, and he has secured over $ 45 million dollars in external sponsorship.

Presentation Title: Globalization and its Impact on Engineering Education

In the next decade, graduates in STEM disciplines will need to work and thrive in a world that is far more globalized than what we are used to today. An engineer, who graduates with a bachelor’s degree in 2025, will be mid-career in 2050 (or thereabouts). This engineer will need to work and succeed in a world that knows no intellectual confines, wherein working across national boundaries is going to be an absolute necessity.

Today, the design, manufacture and sales of engineering products often requires effective global partnerships. This extends to the service industry also. Over the past decade, the need for effective global partnerships has increased significantly. The increased use of the internet combined with enhanced communications has resulted in engineers working in a global marketplace. Consequently, our graduates need to have the global and cultural competency to work with colleagues around the world. It is under this framework and context that today’s leading universities are working hard to initiate, develop and sustain robust academic partnerships with other institutions across the globe. These academic partnerships enhance our students’ educational experience while concurrently initiating and cultivating research initiatives along with active idea exchange. In addition, in today’s global world, international experiences enhance a student’s employability, help to develop soft skills, enhance cultural understanding, and are a testament to one’s adaptability.

At present, several effective models of international collaboration actively and effectively incorporate students, staff and faculty. These models and their associated strategies address academia’s needs and impact a broad spectrum ranging from freshmen through doctoral students, faculty, staff, and academic (campus) leaders. Examples range include (but are not limited to) traditional study abroad and exchange programs to international internships to combined curriculum (undergraduate and graduate programs), collaborative research endeavors, and joint (international) centers. In each case, substantial benefits accrue to both the individual (engineer) and the participating academic institutions.

The design and implementation of comprehensive international programs requires substantial investment in the form of time and monetary resources. However, the outcomes always include memorable experiences that bond and rally students and alumni to the programs and services provided by their alma mater. The invaluable impact on the academic experience of a student cannot be overstated. Besides, international experience is becoming a necessity for successful faculty members while active and effective international programs are today a hallmark of a successful university. 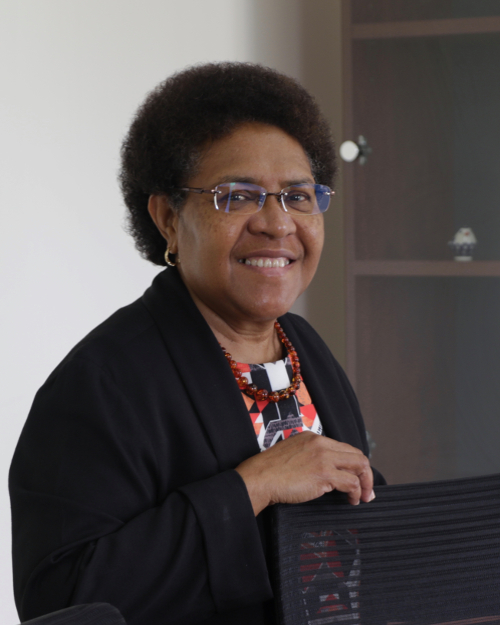 Systems Thinking Applied in a University

Professor Nembou is a regular member of INFORMS and member of the IEOM Technical Committee. She has served on various committees and Councils of Universities as well as on Boards of State Statutory organizations, and Boards of commercial and non-government organizations in Papua New Guinea.

She commenced her new role as President and Vice Chancellor of DWU on 20 January 2016. 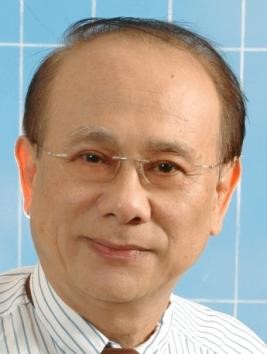 Biography: Dr. Hui-Ming Wee  is a Distinguished Professor in the Department of Industrial and Systems Engineering, former Associate Dean and Chaplain at Chung Yuan Christian University (CYCU) in Taiwan. He has received his B.S. degree (honors) from Strathclyde University (UK), M. Eng. from Asian Institute of Technology (AIT), and Ph.D. from Cleveland State University, Ohio (USA). He has received an excellent research award from the Taiwan Ministry of Science & Technology, excellent life researcher award and the Medal for Distinguished Industrial Engineer Award. He has published more than 400 papers in refereed journals, international conferences and book chapters. His papers were cited over 3704 times (Scopus) with h-index: 34. He has co-edited seven books and holds two patents; was keynote speaker in a number of international conferences, Senior Member for Asian Council of Science Editors (ACSE), Board of Directors for International Engineering and Technology Institute (IETI) and Editor/editorial board member for a number of international journals. His research interests are in the field of production/inventory control, optimization, logistics, renewable energy, technological singularity and supply chain risk management.

Abstract: A technological singularity is a dramatic change in technology and application of artificial intelligence; it will come to a point where the state of the change becomes completely unpredictable and uncontrollable. Ray Kurzweil, the guru of Singularity Movement (SM) believes that the singularity will occur before the end of the 21st century, predicting the date as year 2045. He predicts a great change in human civilization; human beings will become human/machine cyborgs – godlike hybrids capable of nearly infinite intelligence and immortal existence. The two main goals of the SM are true artificial intelligence and immortality. The SM advocates predict that the advances in computational power, genomics, and medicine will allow human to live forever in a techno-utopia. One of the basic claims of the SM advocates is that computing technology and medical knowhow are expected to grow exponentially as suggested in Moores Law and other generalizations of Moores Law. Kurzweil writes that, due to paradigm shifts, a trend of exponential growth will continue and that in a relatively near future, the computing power of all computers will exceed that of human brains, with superhuman artificial intelligence appearing in all domains of human life. This talk will introduce the technological singularity movement and investigates from different perspectives the claim of the SM advocates. 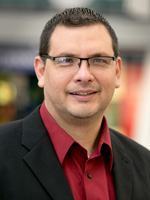 Prof. Jose Arturo Garza-Reyes is a Professor of Operations Management and Head of the Centre for Supply Chain Improvement at the College of Business, Law and Social Sciences, University of Derby, UK. He is actively involved in industrial projects where he combines his knowledge, expertise and industrial experience in operations management to help organisations achieve excellence in their internal functions and supply chains. He has also led and managed international research projects funded by the British Academy, British Council and Mexico’s National Council of Science and Technology (CONACYT). As a leading academic, he has published extensively in leading scientific journals, including the Int. Journal of Production Research, Int. Journal of Production Economics, Journal of Cleaner Production, Supply Chain Management: An International Journal, TQM & Business Excellence, Journal of Manufacturing Technology Management, etc., and a number of international conferences. Professor Garza-Reyes has also published four books in the areas of operations management and innovation, manufacturing performance measurement and quality management systems. He is Co-founder and current Editor of the Int. Journal of Supply Chain and Operations Resilience (Inderscience) and will lead the launch of the official IEOM’s journal Int. Journal of Industrial Engineering and Operations Management as its Editor-in-Chief. Professor Garza-Reyes has also led and guest edited special issues for Production Planning & Control, Supply Chain Management: An International Journal, Int. Journal of Lean Six Sigma, Int. Journal of Lean Enterprise Research, Int. Journal of Engineering Management and Economics, and Int. Journal of Engineering and Technology Innovation. Areas of expertise and interest for Professor Garza-Reyes include general aspects of operations and manufacturing management, business excellence, quality improvement, and performance measurement. He is a Chartered Engineer (CEng), a certified Six Sigma-Green Belt, and has over eight years of industrial experience working as Production Manager, Production Engineer and Operations Manager for several international and local companies in both the UK and Mexico. He is also a fellow member of the Higher Education Academy (FHEA) and a member of the Institution of Engineering Technology (MIET). 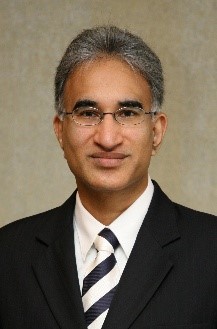 Dr. Robert de Souza is the Executive Director of the The Logistics Institute – Asia Pacific (TLI – Asia Pacific). Robert is a Chartered Engineer and a distinguished writer, speaker, consultant and advisor in the area of supply chain management. Prior to this appointment, effective May 1st 2004, Dr Robert de Souza served as Deputy Executive Director (Industry) and IT Director at TLI – Asia Pacific. Previously, Dr de Souza was Executive Vice President (Asia Pacific) for V3 Systems. His extensive tenure in the industry also includes serving as the Corporate Senior Vice President and Global Chief Knowledge Officer at Viewlocity Inc. and co-founder, Vice Chairman and CEO of SC21 Pte, Ltd., a Singapore-based supply chain software firm. As an educator, Dr de Souza is an Adjunct Professor in the School of Industrial and Systems Engineering at Georgia Institute of Technology in Atlanta and also a Senior Fellow in the Department of Industrial and Systems Engineering at the National University of Singapore and has previously served as a professor and in several senior positions in the School of Mechanical and Production Engineering at Nanyang Technological University in Singapore. Dr. de Souza is a member of the Editorial Boards of the International Journal of Computer Integrated Manufacturing and the International Journal of Logistics Research and Applications. Dr de Souza also serves on the Advisory Panel of The Chartered Institute of Logistics and Transport, Singapore (CILTS), as a Council Member of the Singapore eSupply Chain Management (eSCM) Council and on the Boards of Directors/Advisors of several IT- based corporations 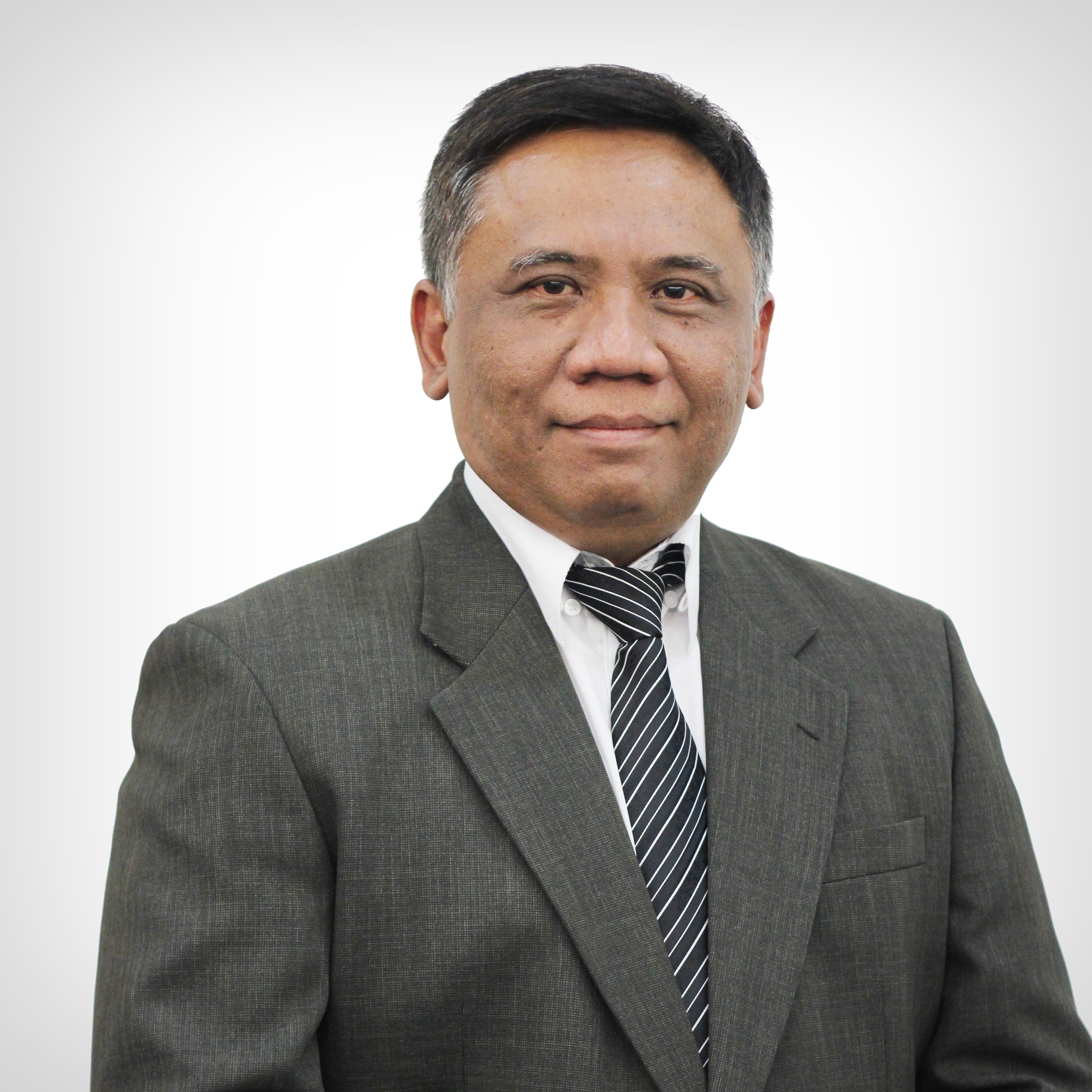 Mr. Zakaria is President Director of PT Dharma Precision Tools, Bekasi, Jawa Barat, Indonesia. He was graduated from the Department of Industrial Engineering, Bandung Institute of Technology. He started his carrier from engineering work related to the IE discipline at the company. 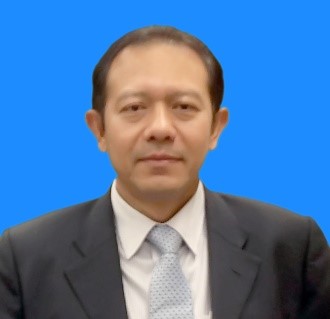 Tangkas earned a Bachelor of Science degree in Industrial Engineering (1989) from the Bandung Institute of Technology, Indonesia