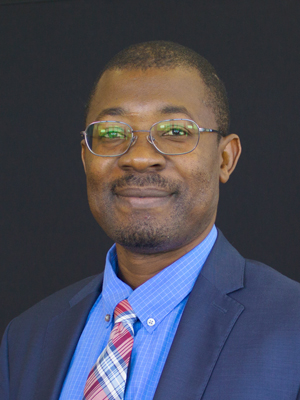 Lewis Ntaimo is a Professor, Department Head, and the Sugar and Mike Barnes Department Head Chair of the Wm Michael Barnes ‘64 Department of Industrial and Systems Engineering at Texas A&M University and has been with the university since 2004. He obtained his PhD in Systems and Industrial Engineering in 2004, MS in Mining and Geological Engineering in 2000, and BS in Mining Engineering in 1998, all from the University of Arizona. Dr. Ntaimo’s primary research interest is in deriving models and solution methods for decision-making problems involving uncertainty and risk, systems modeling and process optimization, and computer simulation. Recent applications include patient and resource management in healthcare, wildfire management, air traffic flow management, aircraft assembly line production optimization, energy reduction in data centers, and wind farm operations and maintenance. His research over the years has been funded by the National Science Foundation, Department of Homeland Security, and industry. Dr. Ntaimo is a member of INFORMS and IISE, and he is the Past-President of the INFORMS Minority Issues Forum. He currently serves as associate editor for INFORMS Journal on Computing, IISE Transactions, IISE Transactions on Healthcare Systems Engineering, SN Operations Research Forum, and is on the Editorial Board of the Journal of Global Optimization and Computational Optimization and Applications Journal. 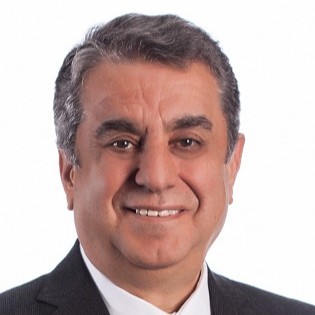 Prof. Dr. Şener Oktik graduated from Ankara University with a degree in Physics in 1976 and received his M.Eng. in Applied Physics in 1977 from the same university. He went on to obtain a Ph.D. from Durham University (UK), Department of Applied Physics and Electronics in 1982. Prof. Oktik became Associate Professor (Interuniversity Council) in 1986 and full Professor (Muğla University) in 1995. During his career, he has worked as lecturer, research scientist, senior researcher and administrator, senior administrator at Durham University (UK), Lecce University (Italy), Stuttgart University (Germany), Selçuk University and Muğla University (Turkey). Prof. Oktik was the third and fourth term of President/Rector of Muğla University between 2002 and 2010. He has also worked as senior research scientist, technologist, senior executive in England at BP Solar, Sunbury, Imperial Chemical Industries PLC (ICI), Paints Division Slough Research Labs, and Industrial Research Labs of Durham University (UK) and in Turkey at Anel Group and Arıkanlı Holding. Prof. Oktik was the Chief Research & Technological Development Officer (CTO) of Şişecam between 1st January 1, 2012 and 23rd March 2020 and he was elected as a member of Şişecam Board of Directors in 27th March 2020. He is a member of the Advisory Committee of International Commission on Glass, “ICG” and serving at the International Advisory Boards of International Conference on Coatings on Glass and Plastics, Society of Vacuum Coaters and The Centre for Functional and Surface Functionalized Glass (Slovakia) and he is also in the Scientific Committee of “European Photovoltaic Solar Energy Conference EU-PVSEC” the Honorary Chairman Turkish Solar Energy Industry Association.

Prof. Oktik is author/co-author of over 100 scientific and technical publications and inventor/co-inventor of two world patents and joined to the academic team of Kadir Has University in 27th April 2020. 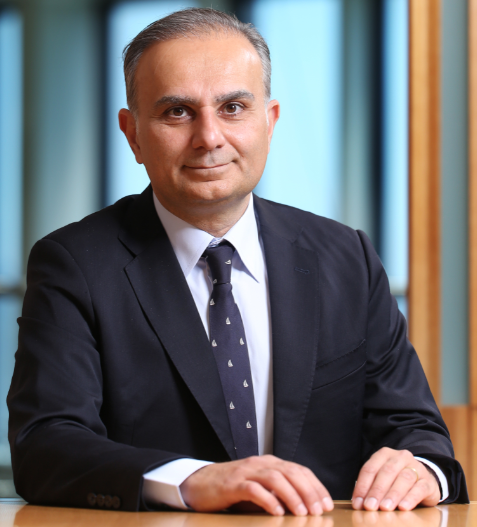 Between 1993-2002, he worked as Product Leader and then Wire Products Director in Beksa, Sabancı Holding-Bekaert Joint Venture. From 1998 onwards, he additionally took over the role of Bekaert’s Sales Manager for Construction Materials in Middle East. From 2002 to 2005, he worked as Commercial Director in Sakosa.

Between 2013-2017, he was appointed as General Manager of Temsa Construction Equipment.

May 2017 onwards, he has been CEO of Brisa, Bridgestone Sabancı JV Tire Company which is the leading tire and mobility solutions company in Turkey serving to 80 countries.

Alemdar was appointed as Industry Group President effective as of 1st of April, 2020.

Cevdet Alemdar graduated from Industrial Engineering Faculty of Bogazici University in 1992. He also was granted with an MBA degree in Sabancı University. 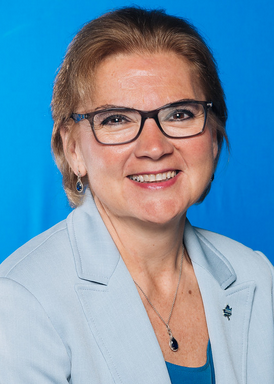 Nesli Alp is the Dean of the College of Technology at Indiana State University. She joined ISU in August 2018 from the University of Tennessee at Chattanooga where she has worked for 19 years, starting as an Assistant Professor to the Associate Dean and Interim Dean positions in the College of Engineering and Computer Science.

Nesli has an undergraduate and master’s degrees in Industrial Engineering from Istanbul Technical University and Ph.D. in Engineering Management from the University of Missouri-Rolla (Missouri University of Science and Technology). Her specialization is in the areas of Project Management, Quality Control, and Operations Research. She has more than 100 publications and received more than $10 million in grants and gifts. She has been selected as the Distinguished Department Head and has received Teaching, Research, and Service awards multiple times. Nesli is a Professional Engineer and speaks French and Turkish in addition to English.

As the Dean of the College of Technology at ISU, Nesli’s goal is to grow the new engineering program in the College and bring more visibility to other unique programs, like packaging, safety, unmanned systems, etc. Her first and utmost priority is always students and prepare them for real world. She believes that it’s a perfect time to grow STEM related fields since there is a talent shortage in that area. Her goals are to grow the College by bringing more students who are interested in engineering and technology, and gain more visibility and recognition for the College of Technology in the state, in the nation, and beyond. Nesli is originally from Istanbul, Turkey and moved to the U.S. with her husband in 1994 to pursue her Ph.D. Nesli’s husband is also an engineer, mechanical engineer, with MBA and Ph.D. in Engineering Management, and he’s here today. They have two sons, one is at Emory University in Atlanta, Georgia, as a sophomore, and the other one is at the University of Miami in Miami, Florida, as a freshman. They are both majoring in science with pre-med track. The Alp family loves to travel and discover new places in the world. 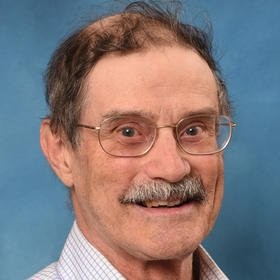 Benefits of Statistics in Industrial Applications – Challenges and Opportunities

Edward J. Williams holds a master’s degree in mathematics (University of Wisconsin, 1968).  From 1969 to 1971, he did statistical programming and analysis of biomedical data at Walter Reed Army Hospital, Washington, D.C.  He joined Ford Motor Company in 1972, where he worked until retirement in December 2001 as a computer software analyst supporting statistical and simulation software.  After retirement from Ford, he joined PMC, Dearborn, Michigan, as a senior simulation analyst.  Also, since 1980, he has taught classes at the University of Michigan, including both undergraduate and graduate simulation classes.  He is a member of the Institute of Industrial Engineers [IIE], the Society for Computer Simulation International [SCS], and the Michigan Simulation Users Group [MSUG].  During the last several years, he has given invited plenary addresses on simulation and statistics at conferences in Monterrey, México; İstanbul, Turkey; Genova, Italy; Rīga, Latvia; and Jyväskylä, Finland.  He served as a co-editor of Proceedings of the International Workshop on Harbour, Maritime and Multimodal Logistics Modelling & Simulation (2003), a conference held in Rīga, Latvia.  Likewise, he served the Summer Computer Simulation Conferences of 2004, 2005, and 2006 as Proceedings co-editor.  He was the Simulation Applications track coordinator for the 2011 Winter Simulation Conference.  A paper he co-authored with three of his simulation students won “best paper in track” award at the Fifth International Conference on Industrial Engineering and Operations Management, held in Dubai, United Arab Emirates, in March 2015.  The last several years he has served as co-chair of the Vendor Track at the Winter Simulation Conference. 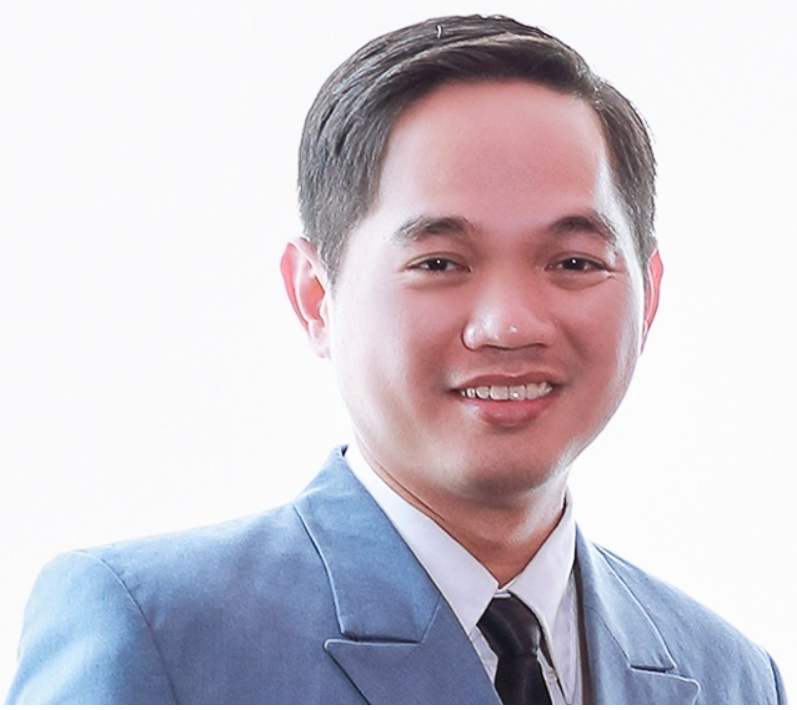 Dr Linh N K Duong is a Senior Lecturer in Operations Management at Bristol Business School, University of the West of England, UK.

His current research interests focus on sustainable and resilient supply chain management with the link to digital transformation, innovation, and collaboration among supply chain partners. He focuses on vulnerable contexts such as the agri-food industry, tourism industry, or small and medium enterprises (SMEs). His papers relating to supply chain resiliency and sustainable innovation were published in the International Journal of Production Research, Journal of Macromaketing, and Trends in Food Science and Technology.

He has previously worked at the University of Lincoln (UK), New Zealand Forest Research Institute (Scion) and Auckland University of Technology (NZ). Prior to this, he worked in the Supply Chain Management field since 2007 for dairy and pharmaceutical companies. He also joined projects on Distribution Management Systems, Inventory Management, and Production Management.

Dr Duong has taught a range of operations management and supply chain modules and has experience in module design and student supervision. He is on the Editorial Review Board for the International Journal of Applied Logistics and reviews for several journals